Trustees under Deeds of Trust have a unique relationship with both those who give (lenders) and those who get (obligors) loans. In Maryland, obligors are typically required to grant trustees an interest in real property to secure loans extended by lenders. Trustees must then manage this collateral interest for the benefit of the lender, and may even have to foreclose on the property after a default under the related loan. At first blush, it sounds like the lender is the trustee’s one true master, but this is not legally the case.

Maryland law requires trustees to protect the interests of both sides of the transaction. This is especially crucial during foreclosures where trustees must exercise the same degree of judgment and prudence that a careful owner would exercise in the sale of his own property. But since trustees are appointed and employed by lenders, and lenders and obligors often disagree regarding the value of property in foreclosure, there is the potential for conflict. For instance, what happens when an obligor contests a foreclosure by claiming the trustee should have obtained a higher price? Can a trustee still successfully liquidate a lender’s collateral over such objections? It sounds sticky, but trustees can wear these two hats with aplomb.

In Johnson v. Nadel, 217 Md. App. 455 (2014), the Court of Special Appeals confirmed that trustees can carefully walk this tightrope without falling to his death – so long as they do so in good faith. The obligor/property owner in Johnson challenged every step of the foreclosure process, including objecting to the sale after the fact because the trustee allegedly could have obtained a better price if he had delayed the foreclosure sale. According to the obligor, there was another, higher offer on the table, and by failing to delay the sale and accept this offer, the trustee failed in his duties to the obligor. The Court of Special Appeals rejected the obligor’s argument, approved the sale, and held that foreclosure trustees are “clothed with a prudent and sound discretion” and may “exercise personal judgment when determining the price to accept for the sale of the property.” Id. at 469-70.

Johnson presents a common situation and resolves it favorably for lenders. Obligors often present eleventh-hour offers which, if credible, could positively resolve the distressed credit. These proposals typically are not legitimate and are presented solely to delay the foreclosure. The holding in Johnson reassures trustees—and the lenders who appoint them—that foreclosures carried out in good faith should be ratified. 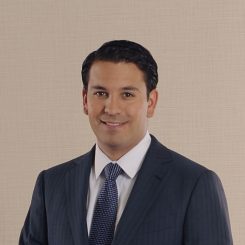