Financial institutions play a vital role in the purchase of consumer goods. Many products can only be purchased by consumers with financial assistance. In these situations, the consumer is usually required to execute multiple documents with the retailer. One or more documents will govern the sale of the product and may contain a clause mandating arbitration of disputes. A separate document, a retail installment sales contract (“RISC”), will govern the financing of the purchase. Typically, only the RISC is specifically assigned to a financial institution and it may not contain an arbitration clause. Moreover, the RISC will most likely contain an integration clause stating that the RISC represents the entire agreement between the parties. Based on these facts, can a financial institution compel a consumer to arbitrate a dispute?

The United States Court of Appeals for the Fourth Circuit recently held that under Maryland law, a financial institution facing the above described scenario could compel arbitration. Rota-McLarty v. Santander Consumer USA, Inc., 700 F.3d 690 (4th Cir.2012). The Court found that the circumstances surrounding a transaction will determine whether multiple documents should be read as one agreement.

In Rota-McLarty, the consumer was a Maryland resident who purchased a used car from Eastern Automotive Group (“Eastern”). As part of the transaction, the consumer executed two contracts with the car dealer. The first was a buyer’s order, which provided the terms of the sale and contained an agreement to arbitrate disputes. The second was an RISC, which contained the financing terms but did not contain an arbitration provision. The RISC also contained an integration clause that stated that the RISC contained the entire agreement between the parties. Eastern assigned only the RISC to the financial institution, Santander Consumer USA, Inc. (“Santander”), immediately after the sale.

The court disagreed with the consumer and looked at the circumstances surrounding the transaction to decide whether Santander could compel arbitration. It found that the parties did not intend the RISC to represent their entire agreement. Rather, the parties intended that the two agreements should be interpreted together. The buyer’s order states that it applies to the assignee of the RISC and is expressly “conditioned upon approval of the RISC” and defines the agreement collectively with other documents made in connection with the buyer’s order. The Court also found that the buyer’s order was insufficient on its own to “explain the full extent of the parties’ obligations.” For these reasons, the court found that the consumer had failed to establish that the RISC’s integration clause prevents reading both contracts together as a single agreement.

The lesson that the Rota-McLarty case teaches is that financial institutions may be able to force consumers to arbitrate disputes even if an RISC is silent as to arbitration and contains an integration clause. To make this happen, the financial institution must determine whether the consumer signed any document containing an arbitration clause and then establish that all of the documents must be interpreted together. 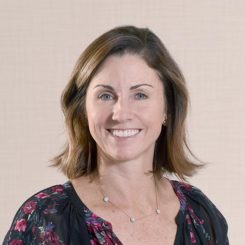