Despite Maryland’s almost complete elimination in recent years of the Indemnity Deed of Trust exemption, which developers and lenders had relied on for decades as a means of avoiding payment of Maryland recordation taxes, planning opportunities are still available for those seeking to reduce the amount of recordation and/or transfer taxes that might otherwise be payable on a commercial transaction.

IDOTS. The Indemnity Deed of Trust (“IDOT”) exemption remains in effect, but on a much smaller scale than was previously the case. While recordation taxes are now assessed on most IDOTS, those which secure the guaranty of a loan (or series of loans) of less than $3 Million are still exempt. Additionally, an instrument which supplements, modifies or restates an Indemnity Deed of Trust that was previously recorded is exempt from tax, up to the amount of the outstanding debt secured by the IDOT at the time the supplemental instrument is recorded.

Transfers Among Related Entities. Finally, since 2013 Maryland has permitted transfers among certain related entities to be exempt from recordation and transfer taxes. While under previous law this exemption was only available for corporations, the exemption is now also available to limited liability companies, frequently the entity of choice for commercial real estate developers. Under the expanded exemption, a deed between a “parent” limited liability company and its wholly owned subsidiary, or between two or more subsidiary limited liability companies which are both wholly owned by the same parent, is exempt from transfer and recordation taxes so long as the transfer is for no or nominal consideration. Transfers from a subsidiary to a parent for no or nominal consideration are also exempt from tax under certain specified conditions. 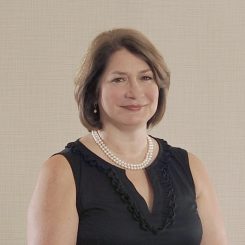