It is no surprise to anyone involved in consumer lending that laws designed to protect consumers from inception of the loan relationship through collection of the loan following default vary greatly from state to state and even by loan type within a state. Not staying on top of these variations can get even an experienced lender in serious trouble as the Federal National Mortgage Association (“Fannie Mae”) and Nationstar Mortgage Association (“Nationstar”) learned in the October 1, 2020 decision of Maryland’s second highest court.

Ms. Kemp then brought a class action suit against Fannie Mae and Seterus. Among other claims, Ms. Kemp asserted that Fannie Mae and Seterus violated Section 12-121 of the Commercial Law Article of the Annotated Code of Maryland which prohibits a “lender” from imposing “a lender’s inspection fee in connection with a loan secured by residential real property.”

Fannie Mae and Seterus moved to dismiss Ms. Kemp’s complaint. They argued that they were not “lenders” because, at the time relevant to the case, Section 12-121 defined a “lender” as “a person who makes a loan subject to this subtitle.” Countrywide, not Fannie Mae or Seterus, was the “person” that made Ms. Kemp’s loan. Fannie Mae and Seterus pointed out that another section of Article 12 of the Commercial Law Article governing secondary mortgage loans, Section 12-109, expressly defined “lender,” not only as the person who made the loan, but also as “Any person who acquires or obtains the assignment of an agreement for an extension of credit made under this subtitle.” Fannie Mae and Seterus contended that the absence of any reference to persons who obtained assignments in the definition of “lender” in the statute under which Ms. Kemp sued must have been intentional when the Maryland General Assembly had specifically addressed assignees elsewhere in the same Article.

The trial court agreed with Fannie Mae and Seterus and dismissed Ms. Kemp’s claims. Ms. Kemp then appealed to the Maryland Court of Special Appeals.

The Court of Special Appeals reversed. The Court said that “writing on a clean slate, we may have afforded more weight to the difference between CL §§ 12-109.2 and 12-121.” However, the Court said that statutory language had to be interpreted “within the context of the statutory scheme to which it belongs, considering the purpose, aim or policy of the Legislature in enacting the statute.” The law under which Ms. Kemp sued “is a consumer protection measure that was designed to incorporate, complement, and prevent circumvention of the usury laws by limiting the interest, fees, and other charges that a lender could collect from a borrower.” The Court quoted from a decision of the Maryland Court of Appeals interpreting another section of Article 12 in which the Court said “It seems unlikely that the General Assembly intended that key ongoing protections of the [law]… could be defeated simply by assigning the promissory note.” In like fashion, the Court of Special Appeals concluded “a wooden application of the term ‘lender’ here is inconsistent with the structure and purpose of the legislation enacting it, and we decline to read CL § 12-121 in a way that defeats itself.” “[T]he General Assembly’s amendments to a different law in 2009,” the Court said, “is (sic) too remote to carry much weight to discern its intent with respect to CL § 12-121 in 1986” in light of the underlying purpose of Section 12-121.”

It is noteworthy that various provisions of Article 12 of the Commercial Law Article, including the statute specifically identifying assignees as lenders on which Fannie Mae and Seterus relied in arguing that they were not lenders, have been amended more than once between the time Countrywide made its loan and the date of the Court’s decision in Kemp. Had Countrywide made its loan to Ms. Kemp after January 1, 2019 and elected to make its loan under subtitle 10 of Article 12 governing loans by “closed end credit grantors,” Fannie Mae and Seterus would have been allowed to charge Ms. Kemp “costs necessary or appropriate to the security of the loan,” which arguably would include property inspection fees Because consumer protection laws evolve constantly, knowing what the law is today is not enough to keep consumer lenders out of trouble. They must remain abreast of changes and remember that what was legal when a loan was made may not be legal now and vice versa. 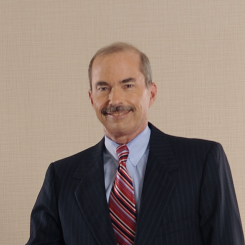