Persons who acquire debt from banks and other lenders are always worried about what they don’t know about the loan or lending relationship. That is one of many reasons why loans are typically sold on a discounted basis. Generally speaking, all other things being equal, the more the purchaser knows about the loan and lending relationship, the more the purchaser will pay as a percentage of par. One of several things which a prospective note purchaser with access to the credit file might typically look for when a loan is guaranteed by a married couple, is whether there may have been a violation of the Equal Credit Opportunity Act (“ECOA”). Does this practice make sense?

ECOA is a federal law enacted in 1974, which makes it unlawful for any creditor to discriminate against any applicant, with respect to any aspect of a credit transaction, on the basis of, among other things, sex or marital status. The law applies to any person who, in the ordinary course of business, regularly participates in a credit decision, including banks,retailers, bankcard companies, finance companies, and credit unions. Failure to comply can subject a financial institution to civil liability for actual and punitive damages in individual or class actions. Damages can be as much as $10,000 in individual actions and the lesser of $500,000 or 1% of the creditor’s net worth in class actions, plus attorneys’ fees.

This article will examine whether parties who acquire debt from the original lender may be subject to penalties under the ECOA. The question turns on whether such parties are considered “creditors” under the law. The ECOA defines “creditor” as “any person who regularly extends, renews, or continues credit; any person who regularly arranges for the extension, renewal, or continuation of credit; or any assignee of an original creditor who participates in the decision to extend, renew, or continue credit.” This definition is supplemented by ECOA’s implementating regulation (Regulation B) as follows, “[a] person is not a creditor regarding any violation of the act or this regulation committed by another creditor unless the person knew or had reasonable notice of the act, policy, or practice that constituted the violation, before becoming involved in the credit transaction.” The protection afforded to assignees is sometimes referred to as the “Multiple Creditor Rule.” For purposes of this article, we will assume that a note purchaser will qualify as an “assignee.”

Thus, a safe harbor has been built into the law, to protect an assignee who has acquired a debt from another creditor that may have committed an ECOA violation. The ECOA specifically eliminates an assignee’s liability for ECOA violations unless the assignee participated in the violation, although Regulation B arguably narrows the exemption to those assignees who did not have reasonable notice of the act that constituted the violation prior to acquiring the loan in question. However, staff interpretations of Regulation B seem to suggest that an assignee who simply becomes aware of the ECOA violation after the fact through review of the loan file and thus did not have any influence in the setting of the loan terms is not a creditor for purposes of the act. Because of differences among the statute, the regulations and staff interpretations, this section of the ECOA has spawned much litigation.

Initially, a legal question can be raised as to what constitutes “knowledge” of the violation. What if the purchaser is a former employee of the bank who knows that lenders in that bank frequently violate this provision of the ECOA, but has no specific knowledge concerning this transaction? What if upon review of the loan file prior to the purchase the prospective purchaser has access to the documents in a credit file which constitute an ECOA violation but the purchaser doesn’t review such? What if the prospective purchaser is not sophisticated and doesn’t realize that what he is reviewing constituted a violation? What if upon review of the loan file the prospective purchaser forms a belief that there “may” have been a violation? Finally, how should we treat banks and other finance companies who have regular relationships with automobile dealers to buy their “paper” and, despite legally being assignees of the dealer’s paper, in effect, are the ones making the loans because they have set all of the underwriting criteria up front?

A bankruptcy court in Ohio looked at one of the above questions in 2011. The case involved an ECOA violation asserted by the debtor against a party who purchased his mortgage loan. The debtor claimed that the defendant could not take advantage of the “assignee exemption” because it should have known about the ECOA violations from reviewing the loan file before it made the purchase. However, the court, after reviewing the statutory language, Regulation B and the staff interpretations, came to the conclusion that having knowledge of the violation after the loan was made is not sufficient, standing alone, to make a purchaser a “creditor” under the act. The purchaser must have had some input in the decision-making process.

Applying a different standard, a United States District Court in Tennessee in 2002 denied a motion to dismiss by Bank of America (“BOA”) relying on the Multiple Lender Rule, finding that the plaintiff could prevail in the ECOA action if it could prove it’s allegation in the complaint that BOA was aware of the discriminatory practices of the original lender when it purchased the loan in question. A bankruptcy court in Pennsylvania in 2003 implied having the same philosophy in a 2003 decision.

So, what we are left with is much uncertainty. It is likely that, if a prospective note purchaser when reviewing the file prior to a purchase sees that an ECOA violation has been alleged by the borrower or guarantor, the exemption will not be available. Deciding not to review the credit file in order to qualify for the exemption makes little sense for a host of reasons. If the note purchaser was not at all involved in the underwriting process and the loan file does not show a an ECOA violation, the note purchaser should feel reasonably safe that he will qualify under the Multiple Creditor Rule. Finally, if the note purchaser regularly does buys notes from a lender and knows that it frequently violates ECOA or is involved with creating or applying the underwriting criteria, it is likely that the assignee will not qualify under the Multiple Creditor Rule. 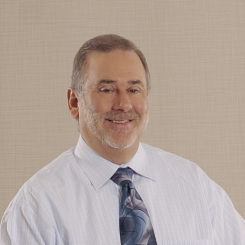