Generally, exculpatory clauses are contractual provisions that relieve one party from liability to the other for negligent or wrongful future acts – an example would be a release you give to a bungie jumping company prior to taking the plunge. Because of their prospective nature, Courts apply a fairly rigorous test to determine whether they are enforceable and may, for reasons of public policy, find them invalid.

On the other hand, waivers found in loan documents, typically in modification or forbearance agreements, relieve one party from liability for acts that have occurred prior to the execution of the waiver. These are bargained for provisions which are requested by lenders in exchange for the lenders’ agreements to modify the loan or provide other concessions.

The borrowers in the Baltimore County case attempted to have the court apply the stricter standard, but failed – and this is an important result with wide reaching implications. Lenders can take heart that the Court’s decision means that pre-existing lender liability claims (actual or frivolous) can be released as part of a properly documented loan modification.

While the opinion is not published, and an appeal is pending, it provides some comfort that a similar argument in the future will be similarly rejected. Please contact the attorney on this case, Josh Bradley, or another member of the creditors’ rights group, directly to learn more and/or to discuss concerns you may have on related issues. 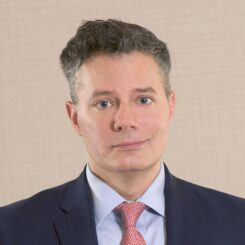