Maryland’s Credit Grantor Closed End Credit Provisions (known as CLEC)[1] continue to confound the courts and credit providers and be the statute of choice for individual and class action plaintiffs’ lawyers.

This opt-in statute for closed-end credit grantors was considered to be favorable to lenders when it was passed in the 1980’s. However, its popularity with the consumer plaintiffs’ bar lies in the fact that even an inadvertent technical violation of its confusing provisions can result in the conversion of the loan or other closed-end extension of credit (such as a retail installment sales contract) into a principal-only loan on which the extender of credit may collect no interest or fees. Since the claims often are brought to challenge a lender’s practices across the entire Maryland portfolio of the lender’s loans, the risk can be substantial.

Another frightening aspect of the CLEC statute is that its provisions are full of nooks and crannies that have never been interpreted previously by the courts. A recent federal case interpreting CLEC provides an example.

In Williams v. Lendmark Financial Services, Inc., the United States Court of Appeals interpreted for the first time CLEC provisions (and provisions of a promissory note) related to late fees. The consumer argued that the lender’s practice of applying payments first to late fees, then to interest, and finally to principal violated language in CLEC saying that for certain purposes “all payments by the borrower shall be applied to satisfaction of scheduled payments in the order in which they become due.”[2] The 4th Circuit rejected the claim and said the lender’s practice did not violate the quoted language as long as the note provided for that application of payments to fees first.

The court next examined the lender’s practice in situations where the borrower made a timely payment of the monthly amount prescribed in the note and the lender applied the payment first to late fees incurred in connection with earlier late payments. The lender treated the timely monthly payment as deficient because the application to late fees reduced the amortized payment that month of principal and interest. It was the lender’s practice to charge an additional late fee because of this deficiency.

The court said no to this late fee, holding that it constituted a violation of a CLEC provision prohibiting the collection of multiple late fees for a single installment.[3] The court described this as an unlawful “compounding or pyramiding” of late charges.

Finally, because the note in question had a 5-day grace period to avoid a late fee, the consumer challenged the lender’s practice of imposing the late fee after the close of business on the fifth day and not waiting for the following day. The court said it was irrelevant when the lender booked the late fee as long as it had the right to charge the fee. In instances where the borrower did not make payment within five days, the lender did have such a right. The practice of booking the fees at close of business on the fifth day (because there was no mechanism for the borrower to pay when the business was closed) was not, in the view of the court, a violation of CLEC or the note.

Gerard Gaeng represents financial service clients in a variety of litigation matters, including lender liability claims and consumer suits brought on an individual or class-action basis. He can be reached at ggaeng@rosenbergmartin.com 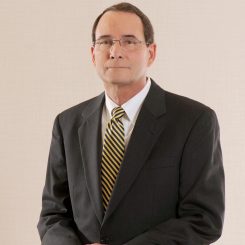